One of the most incredible journeys of my short but wild teaching career began on a day when only half of my class showed up.

It was a day where the South Bronx sky was filled with snow flurries and streets were caked in grey slush — which meant I was lucky to see 12 of my 21 fourth graders in my room. Having taught at Sacred Heart for the past year and a half, I arrived at school that day knowing it would be difficult to follow the lessons I planned for that morning — I knew I'd have to reteach them the next day when the rest of the class showed up the following day, and the snow falling outside would capture my present students' attention over the current battle of the Islamic Empires we were studying. So instead, I hopped on NewsELA and found an article that would spark their attention — "Opinion: Black Panther is a superhero that looks like me" (or whatever else the title was adapted to for students' reading levels per NewsELA writers) by Brandon T. Harden of the Philadelphia Inquirer. The movie had just come out in theatres and my kids hadn't stopped talking about it, so I hoped this would give our day a little relevance.

When it came time for literacy instruction, my students read the Black Panther article (at their individual reading levels, thanks to NewsELA) and looked for evidence to support an answer to some marvelous text-dependent question I thought would make Dr. Erin Wibbens proud. As I circulated the room answering questions and giving feedback, I checked in with a student named Jariel — the most avid Black Panther fan of our class. He looked up at me with an amazed expression and said, "Wow, Ms. Ellis. Having a superhero that looks like him? That must be pretty great for him!" His expression was so earnest and pure without a hint of jealousy, even though his Latino heritage prevented him from making the same connection with a superhero.

"What do you think a Dominican superhero would be like?" I asked, hoping to spark a little creativity in his mind."

Without skipping a beat, he responded, "Oh, he'd be called Platano Man of course! My family eats lots of Platanos."

It was one of those moments on a dreary day where I could've said, "Cool!" and moved on to the rigorous, text-based questions I had meticulously planned. Instead, I saw a spark in his eyes that I didn't want to dim just yet. I slid him a piece of paper and said, "Okay! Draw him." For the next 30 minutes, Jariel (and the rest of his present classmates) drew superheroes that were from places they connected with. Even though that snowy day and spontaneous activity lasted for a few hours, our dear Platano Man continued to appear everywhere — creative stories, grammar rule sentences, math story problems. He even starred in a fully illustrated adventure story at the end of the year! 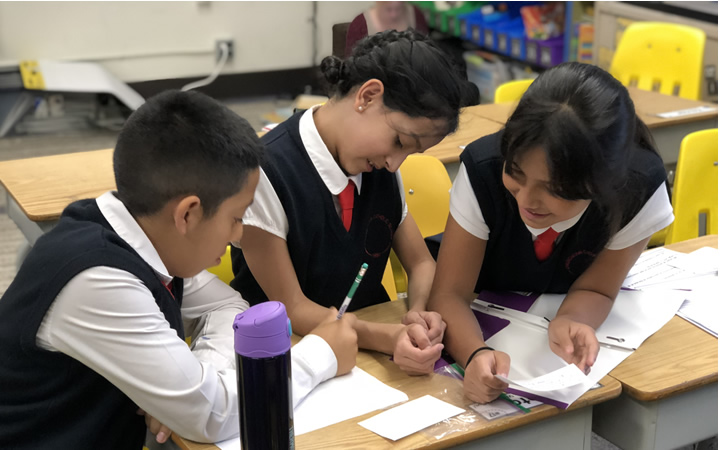 Flash forward to the following school year. I moved to Denver and began teaching fifth grade at Annunciation Catholic School. As an Expeditionary Learning (EL) school, our instruction happens through "learning expeditions" which take the content students need to learn and teaches it through discoveries, field work, products, and discussions that relate to students' lives. Students have celebrated the elderly and written biographies of local nursing home residents, advocated for the protection of pollinators by building "bee hotels," and deeply explored their personal family histories to write poems and photo essays about their identities.

When thinking about the expedition my class of spirited fifth graders would study, the joy, excitement, and importance of Platano Man kept creeping into my brain. So with the okay from my principal and LOTS of mentorship from veteran EL teachers at my school, my fifth grade class began our expedition: "Becoming Holy Heroes".

"My kids were outraged to realize there were only two women, two superheroes of color, and zero Latinx superheroes. For our final product, we decided to turn our anger into action."

We dove into superheroes and studied movie clips and comic strips starring Black Panther, Wonder Woman, Superman, and many more to determine a list of qualities all superheroes possess, like "brave", "kind", and "loyal". We researched Saints (the Catholic superheroes) and compiled a list of Saint qualities like "devout," "joyful," and "humble." We also learned about Julia Greeley, a woman from our neighborhood who is currently being considered for canonization, and wrote a children's book about her life. Then, we interviewed one another to determine our own unique qualities and created abstract self-portraits that reflected our personalities.

Finally, we took a look at a list of superheroes who starred in their own movie before 2019 and compared our individual races, genders, and heritages to those characters. My kids were outraged to realize there were only two women, two superheroes of color, and zero Latinx superheroes. For our final product, we decided to turn our anger into action.

Using our superhero, Saint, and self qualities, my fifth graders designed superheroes that looked like them. We had Mexican superheroes and South Sudanese superheroes. We had superheroes who could paint, draw, read, run, spray paint, be crafty, dance salsa, and play a mean game of basketball in the name of justice. We had "La Artista Magica" who stopped criminals with her two sidekicks — the snake and eagle from the Mexican flag. We were introduced to "The Fantastic Feather," who dances salsa and makes salsa appear on the ground to trip bad guys. We even met "Captain Chicken Fart," who could run faster to catch an enemy simply by farting. Most importantly, we created 24 new superheroes whom my kids were proud to look up to and share with others.

So to all teachers — the real superheroes of this world — I give this top secret mission (that will self-destruct in 10 seconds): continue listening to what brings your kids joy and don't be afraid to take that left turn from a lesson on a snowy day. You never know who's going to inspire you or who's going to save the day next!

If you'd like to read more about our expedition and see all of the superhero profiles my kids designed, please visit our website! 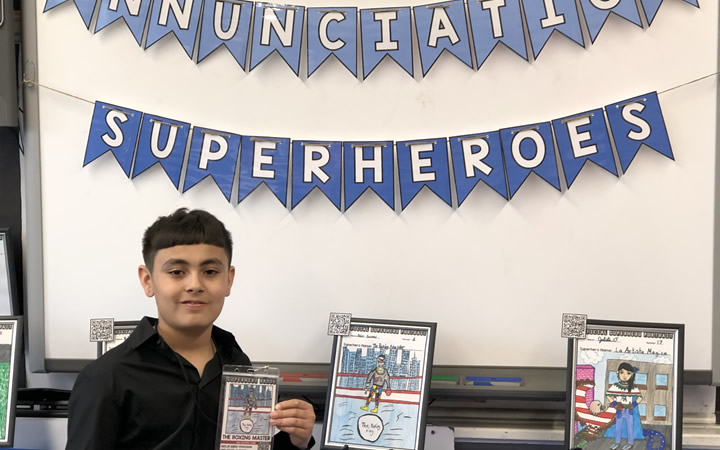 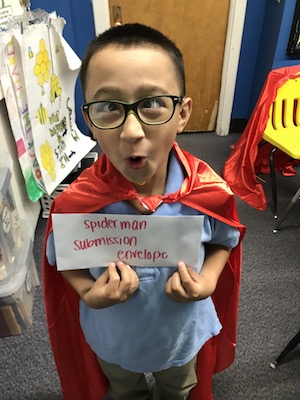 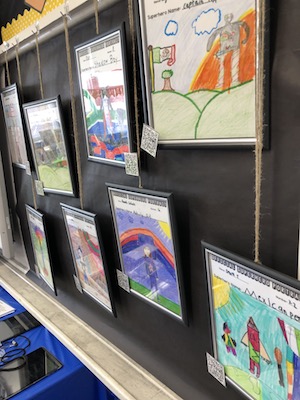 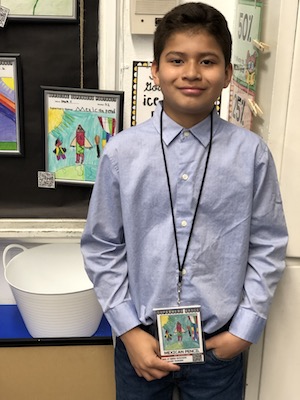 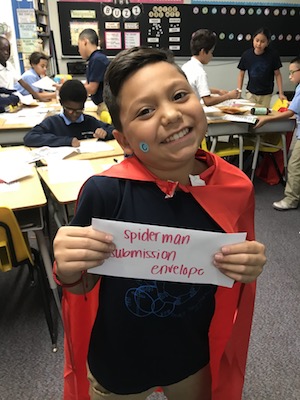 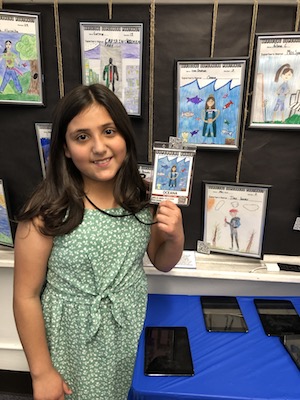 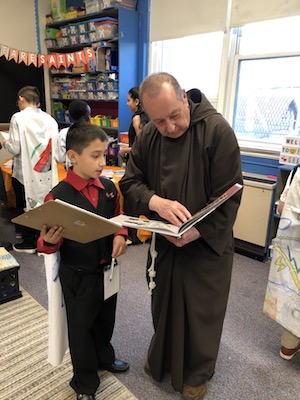 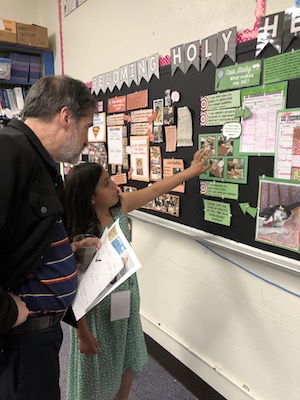 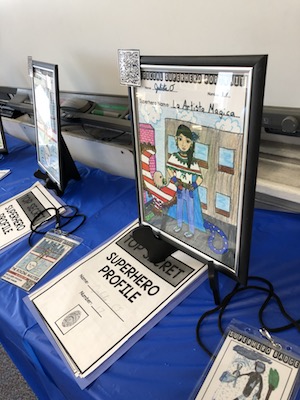 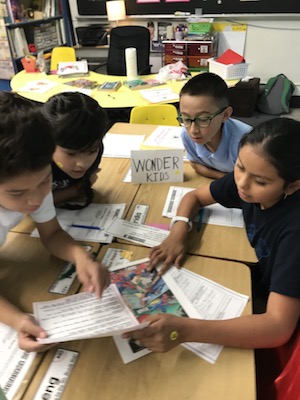 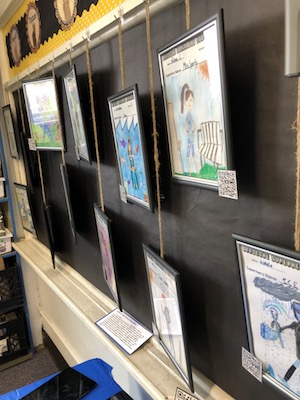 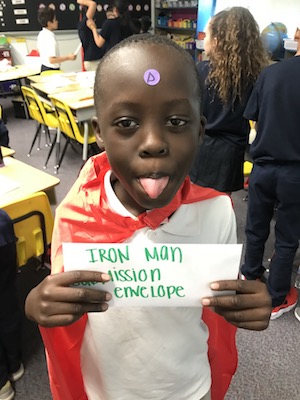 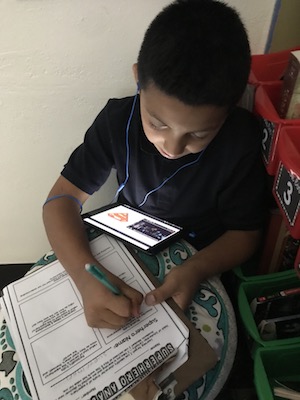 It Only Takes a Spark!

Snapshots from an ACE Teacher's Classroom