59 years ago this week, Dr. Martin Luther King Jr. delivered an address at Cornell College in Iowa. This address was noteworthy for a number of reasons, perhaps chief among them was its exposition of a tragic condition that continues to tear at our society. As Dr. King remarked:

The cultural moment in which our students and families presently find themselves somehow celebrates connectedness while incentivizing discord. Our Catholic schools – the schools that you have been entrusted to lead – must represent a sanctuary from such divisiveness and stand as an affidavit to the principle that we are indeed made for each other.

Think for a moment about one individual that you would characterize as possessing relentless curiosity. My suspicion is that regardless of who it was that came to your mind, they did so largely because of your experience of them encountering other people, in particular people quite different from themselves. It may be quite easy to be animated by relentless curiosity about words and ideas; things like the history of a social movement or the beauty of our favorite author’s prose; what meets our eyes when we gaze at the vastness of the heavens or the intricacies of a cell. It’s quite another to remain curious about the person right in front of us, especially when what we know may make us want to stay away.

Over the course of the past few weeks, two memories – one quite recent and the other a bit more distant – have come to mind regarding my own experience with such models of relentless curiosity. Let me say a word about each.

First – as you may recall, the ACE Community was privileged to welcome Sr. Norma Pimentel, MJ to campus this summer. When I learned that I would have the privilege of helping host and interview Sr. Norma during her visit, I organized an extensive list of questions that I wanted to ask her in anticipation of the formal event. 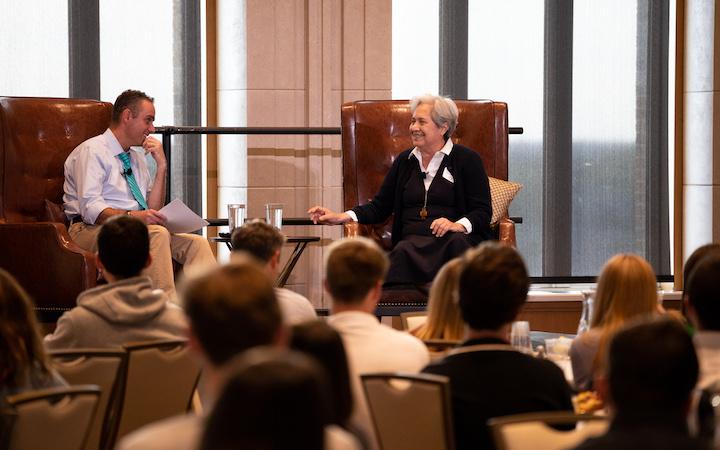 On the day of her arrival, I picked her up at the airport and gathered for dinner with her and some of our ACE teachers in the Diocese of Brownsville. The next day, we spent a few hours together and then headed over to the venue where she would give her remarks. It wasn’t until minutes before the event – an event at which I was supposed to facilitate a discussion with Sr. Norma – that I realized that I hadn’t managed to ask her any of the “prep” questions I had wanted to discuss (despite all the time we had the day before). I felt like we spent most of our time talking, but somehow I didn’t ask what I had wanted to ask. How did I let that happen?

Then it dawned on me. We had indeed spent most of the time talking. It was just that Sr. Norma kept asking questions of everyone around her. Rather than make it about herself, she had found a way to use all that time to get to know me and the ACE teachers.

As I drove her to the airport the next morning, I remarked to Sr. Norma how awed I was by her ability to keep the spotlight off herself. She responded by telling me that so much of her work on the border is about learning from the person in front of her, regardless of how hard it may be to do so. Evoking a sentiment from Dr. King’s address, she said, “The more we learn about them, the less we are separated.” 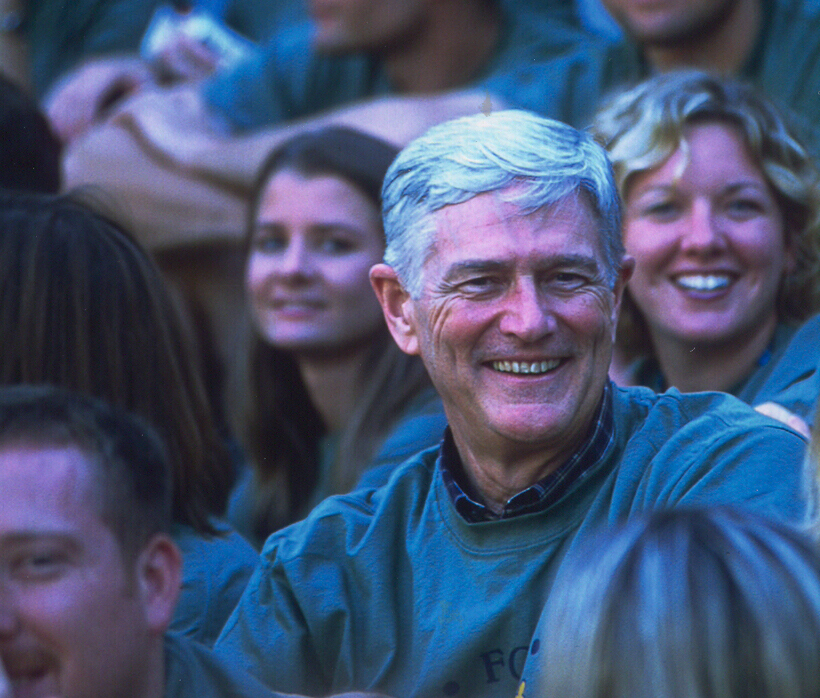 Second – earlier this semester the ACE community mourned the passing of Tom “Doc” Doyle. I don’t think I’m capable of putting into words how singularly influential Doc was to the Alliance for Catholic Education. I suspect that he may have had a deeper impact on more people than just about anyone else in the history of this program.

On a personal level, Doc was a dear friend and mentor. He taught me many things, and he helped inspire me to dedicate my life to Catholic schoolchildren. Although it was almost 20 years ago. I still recall his advice regarding how to handle a particularly challenging conversation I was about to have. When confronted with someone espousing a position that you find yourself strongly disagreeing with, Doc said, it can be helpful to ask the other person a simple question “Can you tell me about some experiences that you’ve had in your life that led you to take the position that you just shared?”

Again - the more we learn, the less we are separated.

This isn’t a particularly sophisticated concept, I know. Among its more popular variants is the quote at the top of this page (often misattributed to Walt Whitman) – Be curious, not judgmental.*

Relentless curiosity must mean much more than simply “liking to learn.” It must call us to find in one another what God sees, regardless of how hard that may be.

* For a lighthearted example of how one might use this idea to get the best of a competitor who’s needs to be knocked down a peg, look no further than Richmond FC’s own Ted Lasso.