Marcia Del Rios always knew that she wanted to be a lawyer, but her career path hasn’t been a straight line.

Since graduating from Notre Dame as an undergraduate, she has served as an ACE teacher in Texas, an attorney, a program manager for Partners in Parenting (PIP), and most recently as the deputy director of PIP. She will soon return to practicing law as an attorney for the Texas Association Against Sexual Assault. The common thread in her work: serving those from marginalized communities. 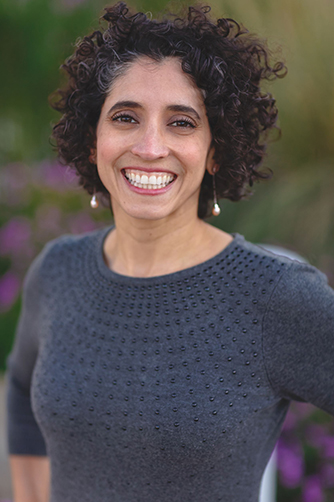 After Marcia graduated from Notre Dame, she knew that she wanted to do service before heading to law school. Her experiences of service at Notre Dame led her to ACE, and she taught eighth-grade social studies at St. Joseph Academy in Brownsville, Texas, as a member of ACE 6. She always knew that she wanted to attend law school, and for her ACE was an extension of that vocation rather than a detour from it.

“I’ve always known what my vocation is and that’s the common thread,” Marcia says. “My focus has always been, ‘How am I helping the community I live in or the greater community?’ That’s what keeps me motivated.”

After graduating from ACE, Marcia taught for three more years. She spent one year teaching high school social studies in Houston, and then taught English in Seoul for one year. Before going to law school, she spent an additional year teaching at Essex County College in Newark, New Jersey, where she taught English as a Second Language and basic skills for adults seeking to earn their GED.

After graduating from law school at New York University, Marcia initially started practicing special education law in New York City. “It was the perfect job right out of law school,” Marcia says. “I felt like I was marrying my education degree to my law degree and putting them to use in a way that was fruitful. I worked almost exclusively with parents who were immigrants or whose children were immigrants in the New York City school system and who were trying to access special education services.”

After spending over a decade practicing various types of nonprofit law, Marcia stepped into a different role as the deputy director of PIP. The organization’s mission is to create a village of support by connecting parents with young children to other families at similar stages of family life. When Marcia joined PIP, the organization was about three-and-a-half years old, and she was hired to create new programming to expand access for families who could benefit from PIP programming.

Over the four years that Marcia worked for PIP, she created a program that now serves over 100 families a year. “We offer the programming in English and in Spanish and the program is 100-percent free,” Marcia says. “Through the program, families also receive a support package, which used to be diapers and wipes but is now actually a gift card that they can use to purchase whatever they need. They also receive books to help grow their home libraries for their children, which is possible thanks to a partnership with another nonprofit in Austin called BookSpring.”

In addition to expanding access to programming by creating free programs, Marcia also helped create new programs serve families with older children and LGBTQ families. In large part, this programming grew out of a need that PIP families expressed. “When the organization was founded, the idea was that we would be serving everybody and the common denominator was that they all had babies,” Marcia says. “That is still true, but everyone has different needs, so it has been great to have other connections between families.

“Whether it’s your identity as an immigrant, your first language, or how you identify as a human being, all of those things affect the choices you make as a parent,” Marcia says. “We made notes about what families were asking for and as we’ve grown our capacity, we’ve been able to implement new programs.”

When Marcia first joined PIP, she only intended to stay for two years to grow new programming to the point of sustainability, but she ended up staying with the organization for four years. Recently, Marcia stepped away from her role as deputy director and will be joining the Texas Association Against Sexual Assault as an attorney. She will work with the policy and training teams to translate legal language into language that is accessible for a public audience.

“When legislation is passed or when we want to train individuals on existing legislation, I’ll be helping to create the training materials that are used out in the field,” Marcia says. “Once again, I feel like I’m marrying my education background with my legal background. In fact, a former colleague of mine actually offered me this job because she knew of my background in teaching.”

Outside of her formal work experience, Marcia maintains her commitment to service and education and is currently substitute teaching for her local school district. “It’s an experience that has been so humbling,” Marcia says.

“I’ve always been driven by the maxim ‘to whom much is given much is required,’” she says. “I grew up in one of those communities that people would consider a marginalized community. On the face of it, I wasn’t someone who had much growing up, but now I’ve had the benefit of an amazing education and opportunity and now I’m in a position where I have time and I have wealth and I have knowledge. I feel like it is my responsibility to do something to serve my community.”