“Come and see” is the phrase that Dennis Rankin, the principal of St. Peter Catholic School in North St. Paul, Minnesota, has always had on his mind about what first drew him to ACE – first, and then a second time.

The first time, Rankin had graduated from the University of Notre Dame with two degrees: his bachelor’s in business administration as an accounting major and a master’s degree in accountancy. He had a few summer internships and thought he would continue in accounting, but he felt called to do something else.

“Back then, I knew that while I was learning a lot and definitely being challenged, I did not feel that I was where God was calling me to be,” Rankin said. “So, in 2010, I applied to the Alliance for Catholic Education. I threw caution to the wind.” 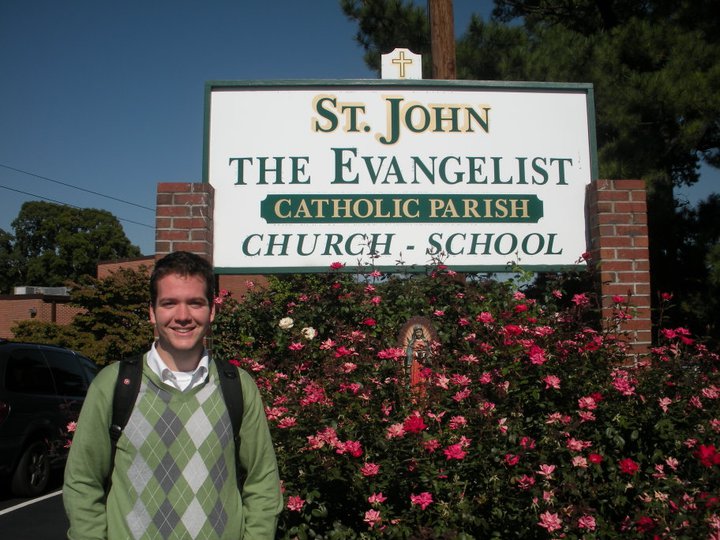 Rankin was a member of the 17th cohort of ACE Teaching Fellows, then became a member of the Remick Leadership Program’s 16th cohort. For his long-term commitment to his school community, combined with his willingness to take on the role of principal in the midst of the pandemic, he earned the 2022 Michael Pressley Award for Excellence in Catholic Education.

Two awards are given annually to ACE graduates who have distinguished themselves in making significant contributions to the ministry of Catholic education. Meaghan Crowley-Sullivan, the program coordinator for the iDEAL Institute at Loyola Marymount University, also won the award for 2022.

“As I tell my story, I think it's one that many who go through ACE have followed,” Rankin said. “Many have followed where they feel a call and in teaching with ACE, they encounter a movement that really sets their heart on fire.”

Rankin was placed in St. John the Evangelist Catholic School in Hapeville, Georgia, where he taught middle school math and science. After his two years as an ACE teacher, he stayed at the school for three more years.

Rankin credits his principal at St. John the Evangelist, Karen Vogtner, for planting the seed to pursue leadership opportunities when he moved with his wife, Courtney (Notre Dame '09) to Minnesota seven years ago.

“That was one of our last conversations,” Rankin said. “Karen said, ‘Dennis, I know you love teaching, but promise me you will consider school leadership one day.’”

“From the moment that Dennis began the Remick Leadership Program, we knew that he was destined to be an amazing leader in Catholic education. We are so proud of his journey into leadership as he has continued to hold firm to his humility and growth mindset. He continues to lead the formation of his faculty, staff, and students in such an intentional way.”

- April Garcia, Faculty and Recruiter for the Remick Leadership Program

Rankin moved to St. Paul and took a middle school math teaching position in 2015 at St. Peter’s under Alison Dahlman, a graduate in the Remick Leadership Program’s 10th cohort. He said Alison’s leadership and zeal is what inspired him to apply to the program.

“After my first couple of years here at St. Peter, I decided to apply to Remick, inspired by Alison’s leadership and seeing what she was doing,” Rankin said. “I found in Remick an unbelievable community of individuals motivated to make God known, loved, and served in the world.”

After serving as assistant principal, Rankin unexpectedly was asked to step into the role of principal at St. Peter’s when Dahlman moved to the archdiocese’s Office for the Mission of Catholic Education.

“I felt a call to pursue leadership and I didn’t know where it was going to take me,” Rankin said. “To be a principal in a community which you have taught for many years is a blessing because you know the charism of the community and you know the people; you know the moms, the dads, the grandmas, and the grandpas that I would be serving very clearly and very well.” 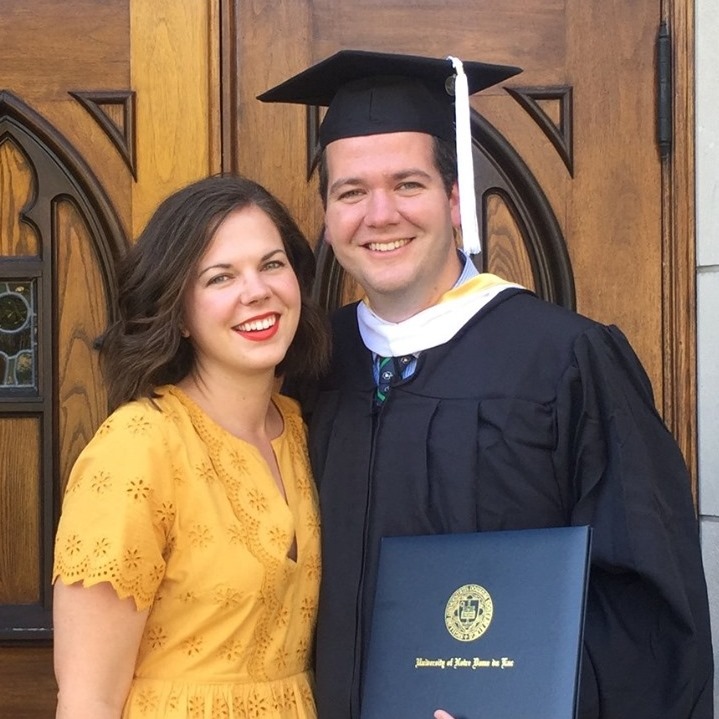 His first year as principal was not an easy one, as he, like several other Remick graduates, started amid the challenges of the pandemic. A papal address from Pope Francis inspired him.

“He emphasized the notion of ‘Do not be afraid,’” Rankin said. “If you have strong faith you will be able to sail through those choppy waters. I think that is the beautiful thing about being in a Catholic school in a time like that. Last school year was just a reminder of keeping Christ at the center of all that we do, even when we are afraid, even when there are turbulent waters.”

Rankin has been able to take the support and leadership he received from many others and pass it along to his teachers at St. Peter, including recent ACE 27 graduate, Molly Bonini. Rankin said it was a great gift working with other ACE graduates to continue to “connect people to the movement and to the alliance.”

Rankin noted that although it was a challenging year with health and safety protocols, this year was very fruitful: he started his new position as principal, he and Courtney welcomed their daughter, Winifred Lou Rankin, in March, and then the news arrived that he would be receiving the Michael Pressley Award.

“The Michael Pressley Award is a great honor and I am humbled to receive it this year,” Rankin said. “I feel like I am in great company receiving this award on behalf of many men and women who are keeping Christ at the center of what they do. This mission is the heart of our church and one of the best means for evangelizing."