The first morning waking up in a bed that was not my own, in a home with its own smells, and in a foreign country hundreds of miles from anything I knew, was jarring to be sure. I remember feeling the need to walk around on tiptoes, nervous to join in the sounds of the kitchen. It would require conversation; something my three years of high school Spanish just did not fully prepare me for. With a deep breath, and some positive self talk, I took the plunge and joined my host mom, her daughter, and baby grandson around the kitchen table and began a truly memorable experience. 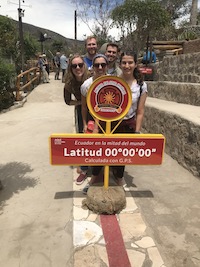 Members of the ChACE family like to describe the six weeks of language immersion in Quito, Ecuador as early retirement - six weeks of learning and enjoying the culture. In a lot of ways it definitely appeared to be so. After that first Sunday, life in the artsy, beautifully graffitied walled neighborhood of La Floresta took on a pleasant rhythm.

Mornings I would wake up to hear Hipatia, my host mom and one of the teachers at Vida Verde school, shushing and singing to her baby grandson as she prepared us a tasty breakfast that always included enormous amounts of bread and delicious, exotic fruit. After asking her the names of the new things I had tried, we would walk up the hill together to Vida Verde to dive into a day of Spanish lessons.

While four hours of Spanish every day, Monday through Friday, might seem like a daunting load, the teachers of Vida Verde made the language accessible and enjoyable. The first day, as our group of ChACE was broken up into groups based on prior experience and ability,  my teacher, Jimena, warmly greeted my fellow ChACEr Austin Reaker and I, asking us how we liked to learn. I immediately felt at ease realizing that this group of teachers wanted me to feel successful and would help me grow in both ability and confidence. Each few weeks we would rotate to a new teacher, who would again make us feel comfortable and provide material that would both interest and challenge us.

The four hours of language instruction was broken up with snack time, when we built community with other teachers and students of all ages and backgrounds. On Fridays, we extended these breaks into jam sessions with guitar, zampoñas (an Andean pan-flute), and lots of singing. It was on these days I discovered the delicious snack I still crave, chifles – or fried plantain chips – with guacamole!

But even this does not fully capture the Quito experience. Our lessons extended beyond the classroom as nearly each day we joined Rosa, the director of the school, and her son for tasty Ecuadorian lunches of soup, chicken, fresh juice, and dessert at local restaurants. By integrating ourselves and opening up to the Vida Verde community, we were offered lessons to learn how to play the zampoña. We took and became obsessed with our weekly salsa lessons that eventually found us putting our moves to the test amongst masters at a popular salsoteca. We learned how to cook llapingachos, a traditional potato meal, and that Ecuadorians like putting cheese in their hot chocolate! 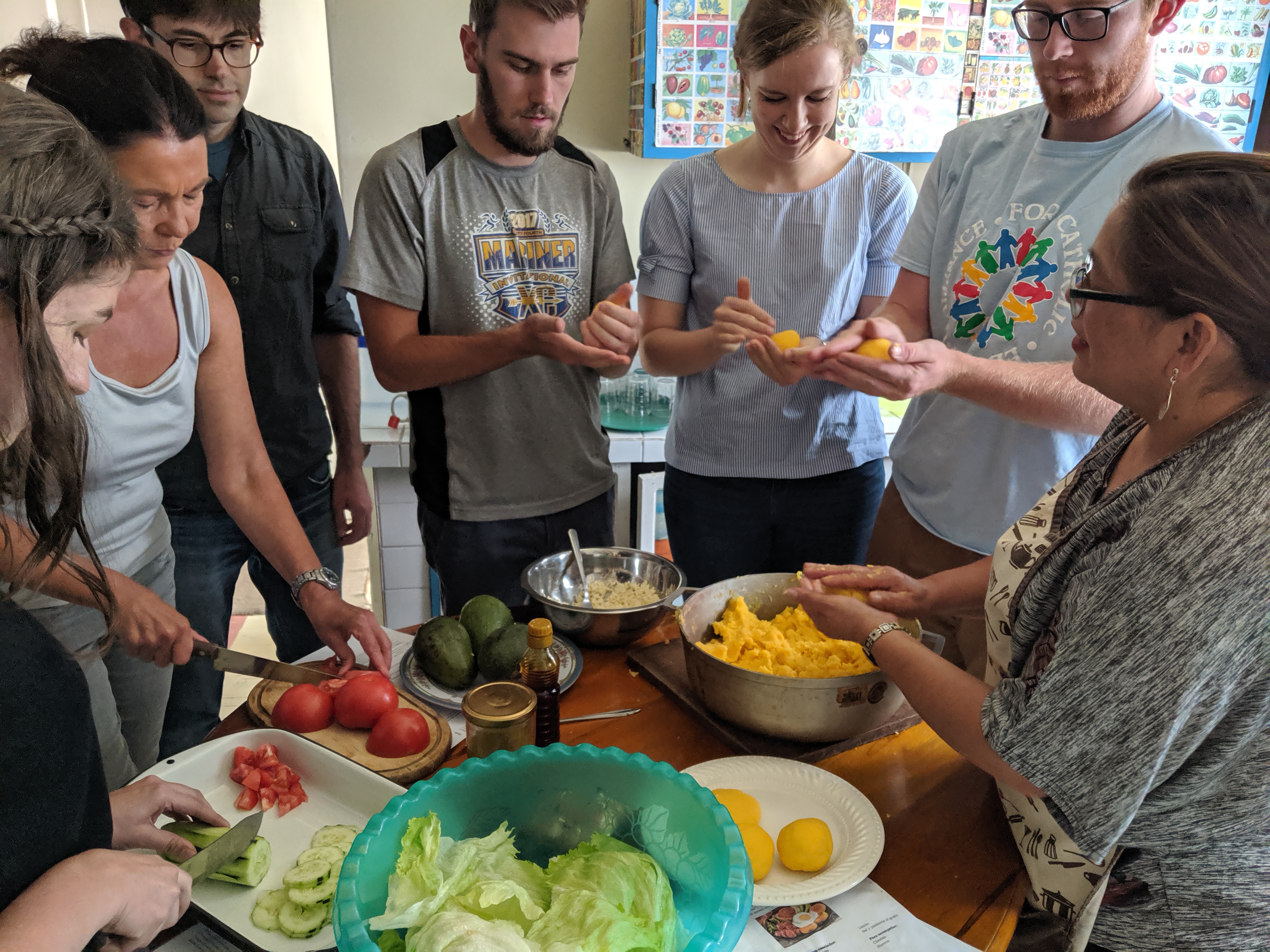 weekend we traveled to a new location, putting our knowledge of the language and Ecuadorian traditions to practice. My memories are filled with color from places like Chontal and Rosa’s family farm, where we tasted cacao straight from the source; Otovalo, where we witnessed the sounds and smells of an animal and artisan market, Cotopaxi, where we hiked and biked up and down an active volcano; Baños, where adrenaline was taken to a new level as we rafted waters and bungeed off bridges, or the week we spent in la selva, the Amazonian jungle, where we gladly accepted interruptions from monkeys and tarantulas during our Spanish lessons.

My “early retirement” in Ecuador prepared me to feel more confident and able to participate in the culture that comes with living in a Spanish-speaking country. What it did not prepare me for was the difficult goodbyes to the lovely people and places we had spent time with.

Looking back to that first day, I can’t help but chuckle at the unsettled feeling I woke up with, recognizing that this is what I was here for: to place myself outside my comfort zone and learn from new people, a new language, and a new hemisphere. It seems that I had forgotten that experiences that begin uncomfortably can have a way of becoming comfortable, warmly inviting you back to them. 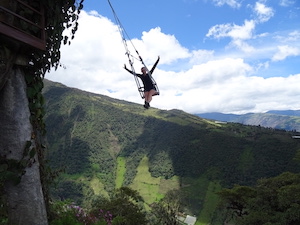 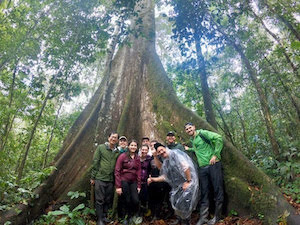 Inclusion Inspirations from Our Lady of Guadalupe

A Prayer of Thanksgiving: Finding Gratitude in Our Daily Lives

From Student to Teacher: My Path to ACE