Dr. Patrick Manning emphasizes the importance of capturing the imagination as a way to draw individuals in as learners.

“We live more from our hearts and our imaginations than we do from our minds, so if we want to draw people into something, we can’t just give them information,” he said. “Once someone is invested, they’re going to want to learn more, but the way to start teaching is by giving people a glimpse.” 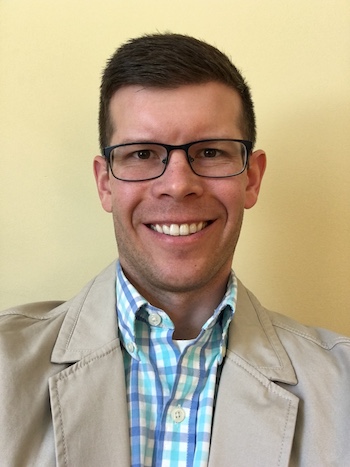 Manning, a member of ACE 14 in Memphis and an associate professor and chair of pastoral theology at Seton Hall University, is the 2021 recipient of the Michael Pressley Award for a Promising Scholar in the Education Field. This award is given annually to an ACE graduate whose work in academia echoes Pressley’s commitment to strengthening education through research and scholarship. Manning earned the 2021 award in recognition of his dedication to religious education and the focus he has placed in his scholarship on bettering the world.

As an example of teaching to capture the imagination, Manning points to Jesus’ use of parables.

“The passage from the Gospel of John in which Jesus calls the first disciples by inviting them to ‘Come and see’ is part of what inspired my teaching approach,” he said. “Rather than giving people points A, B, and C, Jesus used a pedagogy of invitation. He said, ‘come,’ and it’s the people who spent time with Jesus and the Apostles who began to understand what the fullness of life is or could be.”

Imagination is central to Manning’s work, and it inspired a book he wrote about rethinking the approach to religious education. In Converting the Imagination: Teaching to Recover Jesus’ Vision for Fullness of Life, he outlines three movements to convert the imagination: stimulate the imagination, expand the imagination, and embrace new ways of imagining. In addition to the Gospel of John, Manning’s book was inspired in part by his time teaching English, Spanish, and religion as an ACE teacher at Bishop Byrne High School in Memphis.

“I was tasked with teaching students about the Catholic faith, and I’ve since done that in schools and parishes and different contexts, and I’ve found that many times if the teachings don’t resonate with students, they aren’t meaningful for them,” Manning said. “I think this often had to do with the way the material is presented.

"I firmly believe that there is something deeply profound and life-giving in the teachings of the Church."

“I firmly believe that there is something deeply profound and life-giving in the teachings of the Church, but if it’s handed on as information to memorize, then it’s not something that’s going to change a person’s life. There are a lot of people today who don’t see the point of Christianity because they just don’t see what it has to do with their lives.”

To accompany the book, Manning also developed a companion website with resources to help educators implement the practices he offers in the book.

Although Manning has always been interested in theology, he didn’t always envision himself doing the work that he’s engaged in now.

“I came into ACE with the full intention of learning how to be a good teacher, getting some good experience, and then being a high school religion teacher for the rest of my life,” he said. “But one of the benefits of ACE is that you get to know not just your own school, but you get a snapshot of Catholic education across the country. In getting a glimpse of the bigger picture, I began to think that maybe I could contribute to it and that’s what sent me back to school.”

After graduating from ACE, Manning completed a master of theology studies at Notre Dame, his third degree from the university. While studying for his MTS, he learned about a program at Boston College that aligned with his passions and the work he hoped to do, and he ultimately completed his doctorate in theology and education at Boston College.

Following his work on converting the imagination, Manning is becoming increasingly interested in how to dive deeper, especially given the mental health epidemic in the country and the toll that the pandemic took on individuals’ well-being.

"In a life of following Christ, we need communities of support."

“Recently, I’ve been doing a lot more in the realm of contemplative pedagogy, which I see as a complement to converting the imagination,” he said. “Whereas the process that I developed in my book is a pedagogy of invitation, contemplative pedagogy is a slower, more reflective way of teaching that enables a person to go deeper once they’re engaged.”

Manning sees community as being integral to his work, and his time in ACE impacted the way he views community.

“In a life of following Christ, we need communities of support. I’m inspired by everything that Pope Francis is writing about accompaniment, and I see that as a major theme in my work going forward,” he said. “I want to focus on not just what an isolated teacher is doing in his or her classroom, but on how a community can support people in seeking the fullness of life.

“I’m grateful that I started my teaching career in community. As an ACE teacher, it helped to know that others were going through the same things and that we had the support of a faith community. I’ve carried that with me ever since.”